10/04/2022
To have or to occupy a place somewhere. Expressing the most general relation of a thing to its place, a town, house, body, the past and a jacket, was occupied and undulating with chaos and hope. 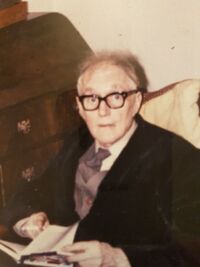 To occupy a place. Takes me to 1976 and an extremely hot summer in a squat close to the Wandsworth road in London. I lived there and somehow managed to complete a couple of college courses because I thought that I had a future. But by the time the courses were over I didn’t give a dam about certificates.

At least the college gave me a meal ticket, a book of tokens which allowed me to get a tea, pie, baked beans, and chips once a day, this I lived on during the week, I just went hungry weekends. I have no shoes or clothes and live on nothing, apart from a bit of cash in hand I was paid for modelling at the local art school. My only possession was a guitar which I did not have as my mother got my brother Richard to break into my squat and take it from me to give to her boyfriend who was at that time in prison.

To appear like a hippy was in fashion and I did this look without trying. with no electric in a fungus lined, wood rot damp house. I believe my brother Richard took photographs of the state of things, and I’m pretty sure he has the photos to this day although he has never shown them to me. I am alive with head lice, and extremely lonely. I existed within a framework of sunrise and sunset, absence of love or care, in the harshness and humour of the London miss-fits and homeless.

Yet I had hope. Within youth, Truth hope and presence are linked even with the absence of any true hints or signs. Once I had left college, I was able to claim benefits, this was my first ever regular money, and that was hopeful, I can`t imagine by the look or the smell of me I could have found a job anywhere and I was certainly not in the right state of mind for that. Stuck in hot sticky 1976 in London, I needed the sea, space and air. I jumped onto a train to Hastings.

Wearing a converted lace curtain as a top and jeans with a broken zipper, tied up with a shoelace I needed to be in water. The train was easy, I knew how to slip fences and guards, and never gave a thought about not having any money, I could talk my way out of anything. Watching the passing landscape nose pressed on the train window, each breath was taking me closer to my future and my past. Hastings was just like I had remembered it 8 years before when my father lived there in Cobourg Place. All was in place, apart from him. All I had of him were the smells in the small streets and the fishing beach, and his voice, and all had a musty attraction which I revelled in breathing in so that it all became part of me again, and that I could find the creative space in my mind that my father allowed to exist. But best of all I looked up an old friend of his that lived in a house by the east hill in Hastings.

Charles Chandler, an older man with a Charlie Chan grin and magicians white beard took me in. Charles a magician prop maker, marble effecter, carpet expert and emphysema sufferer lived in a small house in Tackleway on the east hill no. 10. He gave me a room of my own, helped me to get a few pounds under my belt and encouraged me to continue to make drawings, He believed in me as an artist and in the evenings told me stories of his friendship with my father. I had a feeling of belonging and value. That hot summer was filled with day trips in Charles’s car and planning my future, surrounded with antiques and Persian rugs and hope. It was so close to having a loving father. This lasted throughout the hot summer of 1976. I am 18 years old. I value the refuge and safety Charles offered me. All went well until I encountered the jacket.

The Nelson public house on a hot summers evening, crammed onto a veranda with other drinkers, Hell's Angels, hippies, rock music… I found myself sitting next to a jacket. The jacket was a musty olive green heavy soft chord. fairly large 40`s style shoulders, and a smell so superb it made my head spin, I touched and stroked it in disbelief, I breathed it in with my eyes closed. The jacket was disembodied, little did I care who or what was inside. I lost my mind. Such extraordinary coincidences, the jacket was being worn at that time by a fellow named Hank. He told me that he had been given the jacket, by a woman named Jane. The Jacket apparently belonged to her father who was an artist and had died years before. Jane Lacey my sister, had given Hank our fathers jacket and in the heaving crowd on a hot summer evening I smelled it recognised it and fell in love all over again. That chance meeting ensured that I was to stay with Hank and in service, for twelve years, have my first child. And still not be quite sure if I was in love with the man in the jacket or the one that had left it and passed it on, both in the world and in my mind.

Charles could not abide Hank and was very angry with me for being involved with him and told me he was a loser and warned me not to give him any money that I had managed to save, I did give him all my money and after accusing Charles of jealousy I moved out from my safe haven with Charles and into a room in a house in Hastings run by a French lady called Chantal.

I was completely messed up and bewildered about any future or plans all seemed like false hopes but had a letter come through letting me know I had won a place at the City and Guildhall art school in London. Thinking this a good opportunity I hitched a ride back to London left the flat and Hank and returned to Electric Avenue and started the course. I had a belief that my mother would be a support, but that was just not possible.
Back with my mother the offer was that I was to make 500 toffee apples a night and she would pay my art school fees in return, this soon proved to be impossible as I needed sleep and was up all night in working. Plus, she did not come up with the payments. So back in an all work no money situation. Chaos followed. The school offered me the forms to claim a grant but because of my age my mother was required to complete them, of course this didn’t happen as she didn’t want to make any declaration of income, so I had to leave the art school, it was not long before I left electric avenue again with Hank in tow and moved into a squat in Camberwell. The City and Guild Art school a long distant dream.

I soon discovered that Hank had a great gift and skill of antique restoration, and this gave me the hope that we could start a business and work together, that I could learn a new skill of restoration from him. We moved back to Hastings together and got very good at scoring blow and listening to music, and my first child.
Me and My Mum
Memories, Scraps and Scrapes from a Chaotic Mind
Next
Previous