Memories of a Passing 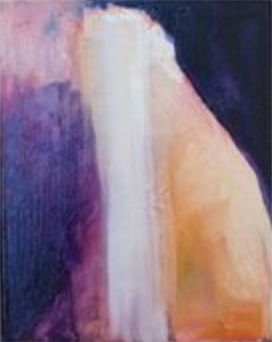 Small talk is difficult apparently it relieves the anxiety of the dying, so I am playing al Jolson instead “I’m sitting on top of the world” it looks like she is trying to sing along her mouth is moving.

In a house in Islington 1957, my 5-year-old brother, 14-year-old half-sister peering round the door to see my screwed up little bloody body in between my mother’s legs. My mother’s first act of generosity was that she didn’t have an abortion, I am thankful for that so, I was born through an act of love where I can only guess if there was an orgasm. I pause in thought and decide that there was one, scarily intimate, her 24 him 66.

Intimacy at that time could be seen in the long romantic kiss in films, apart from that no outward signs of affection could be seen anywhere. Did they really kiss? Was it the real deal or was there a way of pretending to kiss, pretending to love? Experiments took place with friends and neighbours as soon as I was old enough. “You would never believe how babies are made” I once said to my mum. I thought at that time all you did was get married. But my friends and neighbours assured me that the man’s thing went into the lady’s thingy. I didn’t even know there was a hole there. And I found this exceptionally absurd. She said “why all that fucking old nonsense” that’s what she called sex. And then, one day my mother nervously told me that that was true. This is as close to intimate a conversation we ever had.

I am 9 years old, and mum became pregnant, so I wondered what kind of fucking old nonsense she had been up to. She was marvellous in her huge tent dresses and seemed to be pregnant forever, my aunty patsy asked me if she is having a fucking kangaroo. When one of my baby brothers Jack was eventually born Richard, my older brother took me to the hospital where we peered at what looked like a Chinese doll in a glass box. Jack was born premature with jaundice due to her smoking huge amounts of Kensitas tipped. his birth was a turning point for me, mainly because of the change in the attitude from his father towards me. His huge wrestlers’ hands regularly gripped my little ten-year-old neck, while he pushed me around with gritted teeth calling me a cunt, I imagine this coincided with my mother going into labour, new baby new world.

I was living as a daughter for the first time with my own mummy and not someone else’s mummy, Jimmy (uncle) was a sort of father and little baby Jack, somehow, I was grateful. I became very good at walking Jack in his pram when out playing with friends he was always there with his nappy’s bottles and his screams. Getting him off to sleep in the middle of the night, rocking his cot, then mum got pregnant again. I just started secondary school so with the babies, toddler Jack and baby James, school and an extremely angry stepfather, my world became chaotic and very disappointing. Mum at this time also took on a green grocer’s shop in the reliance arcade in Brixton, huge undertaking with small babies, and me but at least I knew how to boil beetroots in the baby burco water boiler. And had the pram to take the washing to the launderette.

Then my real father died. When my daddy died, I was not sure how to feel. I cried a lot but on my own, desperate to hang onto something that his world offered. I became more alienated to the brutality and chaos of Brixton life, failing at school, failing at friendships, failing at being a child and all in my new family.

Last night I slept on a mattress on the floor next to mummies hospital bed with her breaths more and more shallow and rapid, there is a heavy airless atmosphere in the room where we are all gasping for breath ant it occasionally goes quiet. Then I look to see if that breath part of her is still here. Her breath.

When I was a child, I would listen to her breathe in the bed next to me. I linked it with my own breath, now the compulsion to do that is making me lightheaded. Nurses come and go change her bedding moisten her poor dry mouth her eyes have sunken to look like a pair of designer’s sunglasses and her toothless mouth like the beak of a baby bird.

When I was small in Stockwell Road about 5 or 6 years old. She would have been about 28. I watched her sleep for most of the day, while she smelled of piss and brandy. Now she smells of acetone. I realise that death is not one thing or event it is a series of unfortunate events that creep up on us when we are not expecting. Somehow, we die in bits and pieces, little deaths at a time. So, watching mummy reaching the end has taken away the sting and the fear. She has gradually left us a little at a time over the years. Dementia has made this process all the crueller.

But going back to my experience of being a daughter.

Passions were high. feelings were confused I was told I was a very clingy child. I remember the desperation of abandonment and the fierce need to protect my mother. She needed protecting. her terrifying tantrums and sweeping torrents of words that indicated self-destruction. Fear she would throw herself under a bus and leave me forever, I hung onto her skirts in desperation, and she brushed me off in despair wanting her own life without children.

I was born in Islington, Canonbury terrace, father -sculptor mother – daughter of a diamond dealer and a thief. My first ever trip in life was to Holloway prison to visit my grandmother.

Mummy hasn’t moved her body for at least 4 weeks. She has been in the same position. Little bird, stiff Lewy body distant stare. Tiny little thin legs, skin and bone no food, no water, just this awkward shallow breath through her baby bird open toothless beak.

At one time she knew how to roar like a lion, and we all got blasted, the market street where we eventually became a family echoed with her passion. The flat tinkled and crunched underfoot with broken glass and my body shook uncontrollably with fear for both her and me. This is where I found a deep need to protect her and be afraid of her at the same time. She terrified me. Her rage terrified me; her self-destruction terrified me her lack of showing love terrified me.

She is now refusing all food and water. I hold a stick with a sponge attached soaked in water to her lips and she does not respond.

I can remember the taste of my mother’s milk I stole it from a bottle she had put some into for James my youngest brother. It was so sweet it tasted bitter, if that makes any sense, I cannot say I liked it very much a bit like sour coconut milk.

I am presently sitting as close to her as I can get, stroking her tiny leg with one hand and writing with the other.

In photos of us together I see me and my own daughter, strangely I see the link of three of us, me missing the glamour and beauty of the other two, even though we are interchangeable, I am both my mother and my daughter. I was told by my good friend Charles, who is an expert in working class family relationships, that there is a strong tradition of mothers calling their daughters ugly. This certainly was not lost on me.

Even on her death bed my mother is beautiful with a royal Egyptian princess bone structure with thin skin clinging to huge cheek bones. My mother is beautiful in a film star kind of way the looks of Ava Gardner or Elizabeth tailor, with all the pride to match. I, her daughter just did not want to be involved in that kind of comparison so in life felt I had let her down.

I cannot get any closer to her in her bed and if I wasn’t in hospital would get in with her and hold her close. I think she is afraid, and I am in stunned silence.

There was a period when very small about 4 years old when I refused to speak, I would hold my mouth firmly shut and hide myself away so no one could see my throat move when I swallowed. To me this was a sign of guilt and letting everyone know I was a bad person.
I was also my father’s daughter and his model, I sat for his unending portraits that he sold in London. Beautiful things with my hair put into a bun and made to sit still in his studio. Just another opportunity for silence and a closed mouth. I would do anything for him, he was my imagination, I lived through his discipline he knew how to allow my mind to develop. I was allowed be an artist, musician, and child. He also allowed me to grow a fear of death. A first world war veteran. In the trenches and in horror. He bought these things to my open mind. This the illustrated with little drawings of ghosts and chopped up people and a daily look through of the etchings of Goya. Tales of the bogy man on top of that, I now believe I had post-traumatic stress disorder. Then he died.

He did not consider he had small children so no will provision. One minute I had a daddy then I did not. One minute I had Hastings to go to and a family, then I didn’t, difficult times.
Right now, I feel like I am in a bubble, with none of my old concerns. I am in a hospital room, in my own bubble space with my mother as she leaves this world. Outside of my bubble I know I have another life which is now changed. It is a world of colour and so much love a home and a new me. I will soon be reborn out of this bubble world with its fragile invisible walls into light and love and fresh air. I will no longer be a daughter. I will be an orphan, a 61-year-old orphan.
Lost Between Two Accidents
Brixton Years
Next
Previous