21/04/2022
Above the smell of fat and frying, of the mermaid cafe, the cockle and whelk stalls and the amusement arcade. 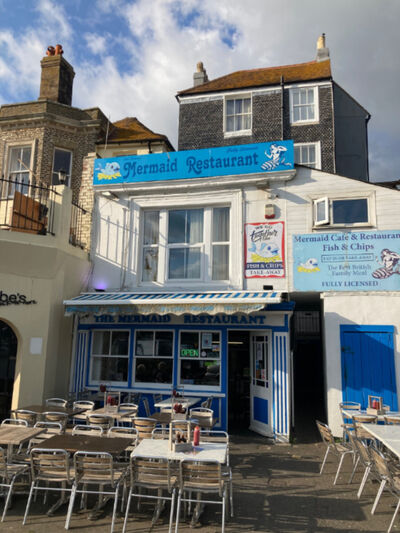 A hot windowsill in Lavender House Hastings, in the sun, cracking paint and tiny red spiders skedaddling about like spinning tops. Staining red lines when squashed and dragged across the zinc sill lining.

This is where I lived when I was with my daddy, my brother and my big sister. Above the smell of fat and frying, of the mermaid cafe, the cockle and whelk stalls and the amusement arcade. Daddy always kept a warm fire going in his studio and for me it was a place of art, music and stories. Fairies were as real as the bogey man and my imagination was allowed to go where it needed to go.

I can remember saying “I am four years old " but I must have been younger than that in the beginning. I know I was small enough to run in-between daddies long legs like they were pillars. My job was to sit for my portrait to be done, hours of silently sitting and being scrutinised by my father, so different from the noise and smoke of London gamblers and being ignored. Modelling was excruciatingly painful for a little girl and I would frequently go off in my mind and travel with visions, years later Buddhist meditation comes very easy to me.

A good story was essential for my well-being, therefore very lucky to have a lovely big sister who dressed me like a doll, told me stories and did my hair, laughed at the silly things I could say. 56 years later I visited my sister in her home in Crete, we had a whole week alone together, we have had separate lives but that time in Lavender House where I was cared for and valued came flooding back to a time and place I was happy.

I will keep returning to this as my scattered memories return.
To Sing
About Improvising and In Praise of Scribbling
Next
Previous