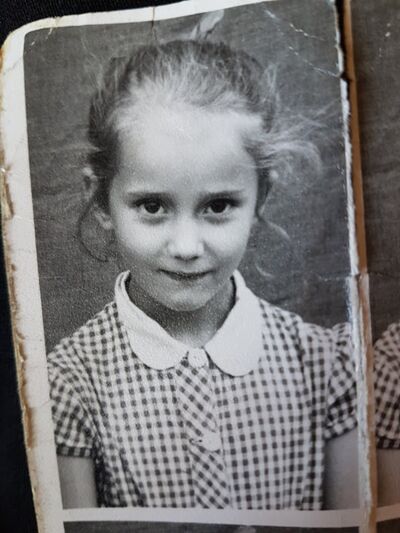 When I was small, I believed in fairies. But only when I was in Hastings. Because in Hastings the air was different. The musty damp smell of the lavender house staircase switched on my inner vision. My sense of smell was linked to the old fish and rotting ropes of the beach old town fishing boats. And this smell produced magic in my mind.

My inner peace heard bells and music in the fresh air, the gorse bushes on the east hill whispered with the voices of the bogyman and his victims. And I would pretend I didn’t hear them then suddenly turn and point, to let them know that I did know they were there. And all the stories told and picture books I looked at blew more oxygen into the fire of my imagination where skeletons danced, ghosts hooted and fairies lived in small communities in the holes of trees and danced in the dappled light of Fairlight woods and we had an understanding.
These other beings were my company, my background, my inner music, I spent my time dreaming safely, composing music in my mind where they became even more real.
That is the mind of a child free of humiliation and fear. And despite the perceived meanness and frugality of living with my father this inner world was rich and abundant. I am writing this as a confessional.

An incident that closed the door to a very magical and creative period in my life, and to the potential of where my mind might have taken me if this incident didn’t happen.
In my memory the deed was done by the fairies, and it involves a letter written to me from the queen of the fairies. It was hand written on a beautiful piece of handmade paper, I remember the pen marks and the beautiful hand script, but I was not able to read, due to my age , it was an elaborate set of instructions of a sort where the letter needed to be kept in the envelope and hidden , it was for my eyes only. So, I hid the envelope under my pillow, went off and had some of my day, sitting for my father in his studio and playing with chunks of sawn pieces of framing off cuts and sawdust under the big table in the studio, always keeping the secret of the letter to myself.

Later to return to my bed to check that the secret letter was safe. To my horror the letter was exposed, opened from the envelope and was laying open on my pillow. I cannot describe the feeling in my gut. As I realised the paper had also been burned all around the edges. A sign of anger from the fairies of my betrayal in letting the letter be seen. I could see they were furious with me. Terror struck me as I knew I was not being seen favourably by them. From that moment on I avoided them being part of my world. I felt shame in the woods where I knew they lived and knew that they were mocking me and hiding from me.

This experience of deep shame is something I have carried all my life. Such shame that I never told anyone the story of how I ended up on the wrong side of a body I believed in admired and loved.
My life in sound
Artist, Self and Body
Next
Previous